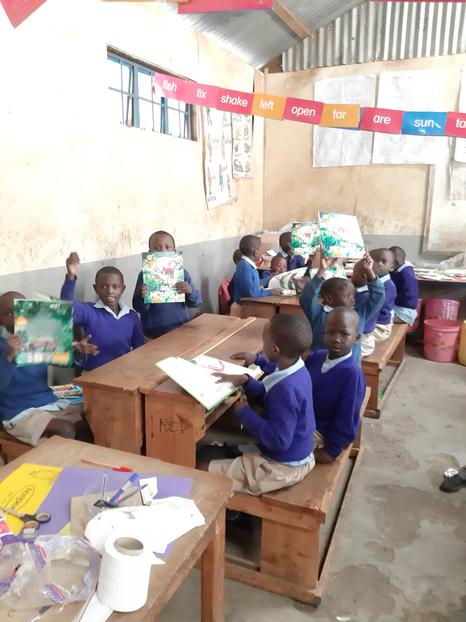 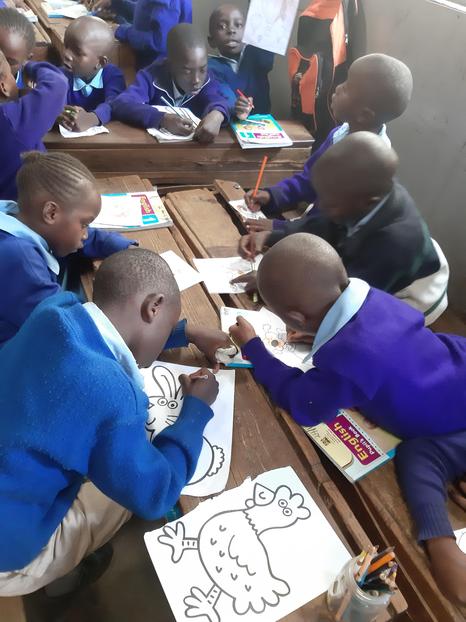 Northwick Manor Primary School has been awarded the British Council’s prestigious International School Award in recognition of its work to bring the world into the classroom.

The International School Award celebrates the achievements of schools that do exceptional work in international education. Fostering an international dimension in the curriculum is at the heart of the British Council’s work with schools, so that young people gain the cultural understanding and skills they need for life work in today’s world.

Northwick’s international work includes a Connecting Classrooms project with The Olympic Primary School, Nairobi, Kenya as well as embedding a fully comprehensive language curriculum. Mrs Briand travelled to Nairobi to teach alongside Kenyan teachers. She was involved in a cultural project where the children shared videos and photos of school life in both countries. Children from Northwick sent letters, books and art supplies for Mrs Briand to use with the Kenyan children. The Kenyan children sent letters and videos back to Northwick teaching the children some Swahili. The Kenyan teachers then travelled to Worcester for their reciprocal visit, taking part in a showcase of art work the 2 schools produced called "Rivers of the World".

“This is an extremely full, informative final report and is enjoyable to read. There was clearly a great deal of innovative collaboration between the schools in the Worcestershire area and in Kenya and taking an art focus around rivers has been a rich source of inspiration. Northwick Manor Primary have submitted additional information to the extensive work already completed and the range of the activities across the school and throughout the academic year would indicate that they should be awarded the full ISA. They should be congratulated on their extensive language work".

Kate Ewart-Biggs, Interim Chief Executive of the British Council, said: ‘The inspirational international work has rightfully earned the school this prestigious award. The International School Award is a great chance for schools to demonstrate and receive recognition for the vitally important work they’re doing to bring the world into their classrooms. Embedding an international dimension into children’s education ensures that they are creating global citizens, helping to prepare their students for successful lives and careers in an increasingly global economy.’

The Award is now available worldwide in countries such as India, Sri Lanka, Egypt, Lebanon, Nigeria, and Pakistan. Over 6000 International School Awards have been presented to successful schools in the UK since the scheme began in 1999.

The International School Award encourages and supports schools to develop:

The British Council International School Award started in 1999 to recognise the schools leading the way in instilling and developing a global dimension into the learning experience of all children and young people. It is managed by the British Council and celebrates its 20th Anniversary in 2019.

The British Council is the UK’s international organisation for cultural relations and educational opportunities. We work with over 100 countries in the fields of arts and culture, English language, education and civil society. Last year we reached over 65 million people directly and 731 million people overall including online, broadcasts and publications. We make a positive contribution to the countries we work with – changing lives by creating opportunities, building connections and engendering trust. Founded in 1934 we are a UK charity governed by Royal Charter and a UK public body. We receive 15 per cent core funding grant from the UK government.

Unfortunately not the ones with chocolate chips.

Some cookies are necessary in order to make this website function correctly. These are set by default and whilst you can block or delete them by changing your browser settings, some functionality such as being able to log in to the website will not work if you do this. The necessary cookies set on this website are as follows:

Cookies that are not necessary to make the website work, but which enable additional functionality, can also be set. By default these cookies are disabled, but you can choose to enable them below: